This site is about Keidan, where my grandfather was born. Known today by its Lithuanian name, Kėdainiai, it was for centuries an important regional center, a seat of dukes and counts, and a multicultural community long before that term was coined. Until the catastrophic events of the 20th century, Keidan’s Jews lived in relative harmony with their neighbors, including Lithuanians, Poles, Russians, Germans, Belarusians and even Scots. Keidan’s scholars, merchants, and artisans were known far and wide, leaving a legacy – in Yiddish, a yikhes – that continues to inspire the community’s far-flung descendants.

Collected here are memoirs, histories and other material that illuminates the story of this community. The goal is to provide Keidan’s descendants and others with a resource for exploration, enlightenment and understanding. 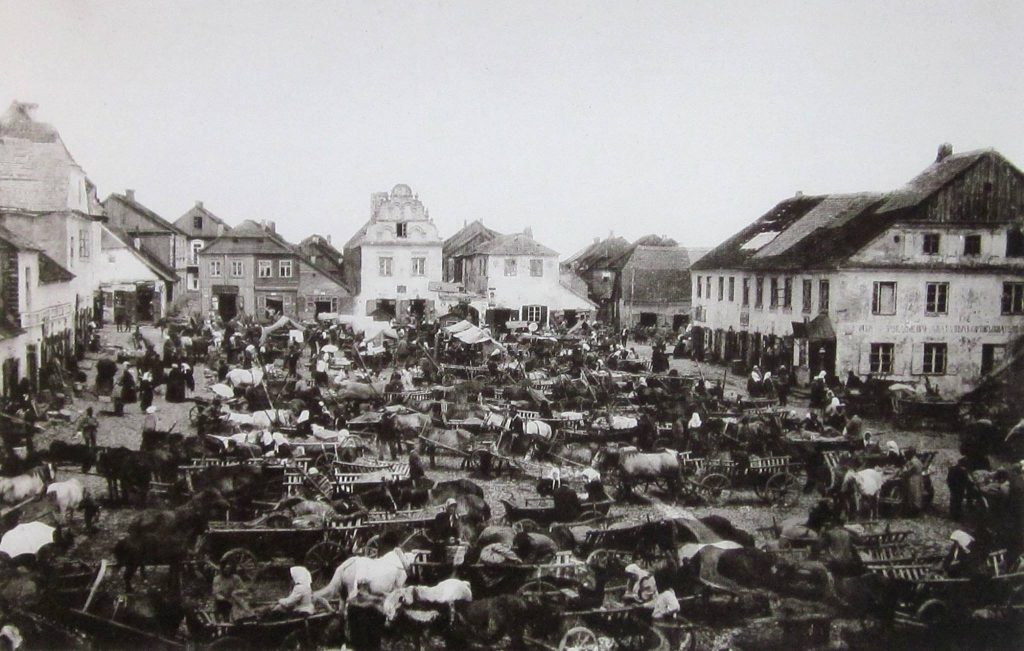 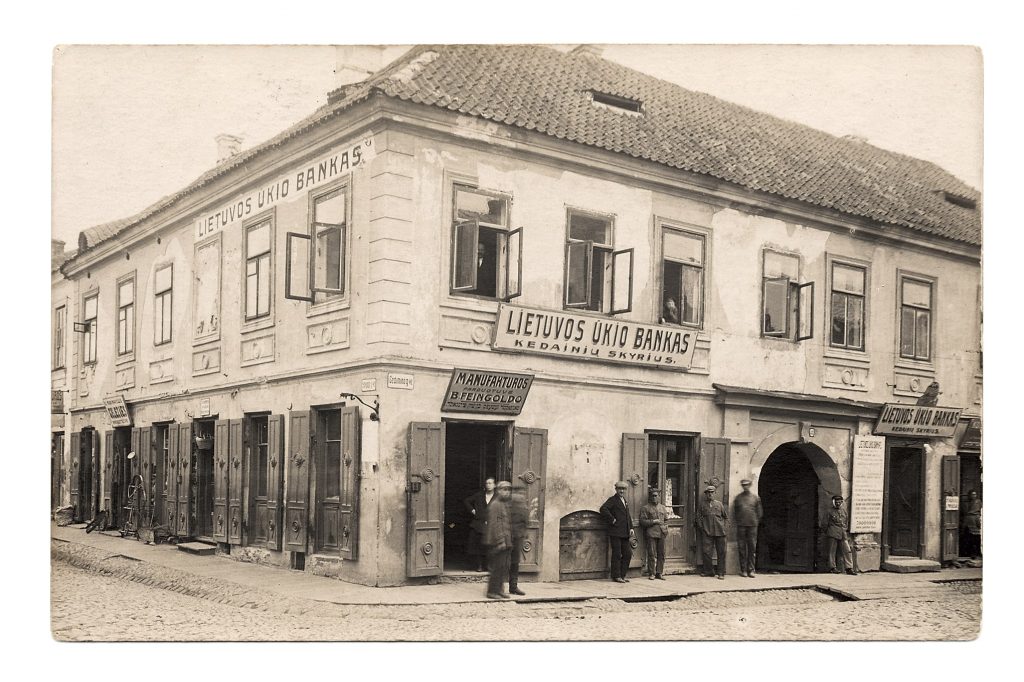 The Lithuanian Economy Bank, on the corner of Gedimino and Synagogue streets, above B.Feingold’s dry-goods shop. 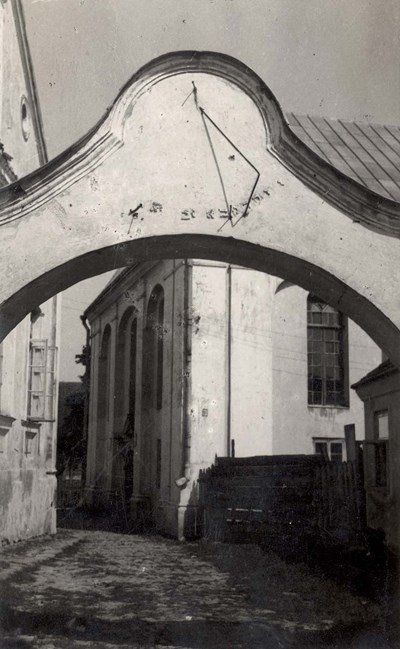 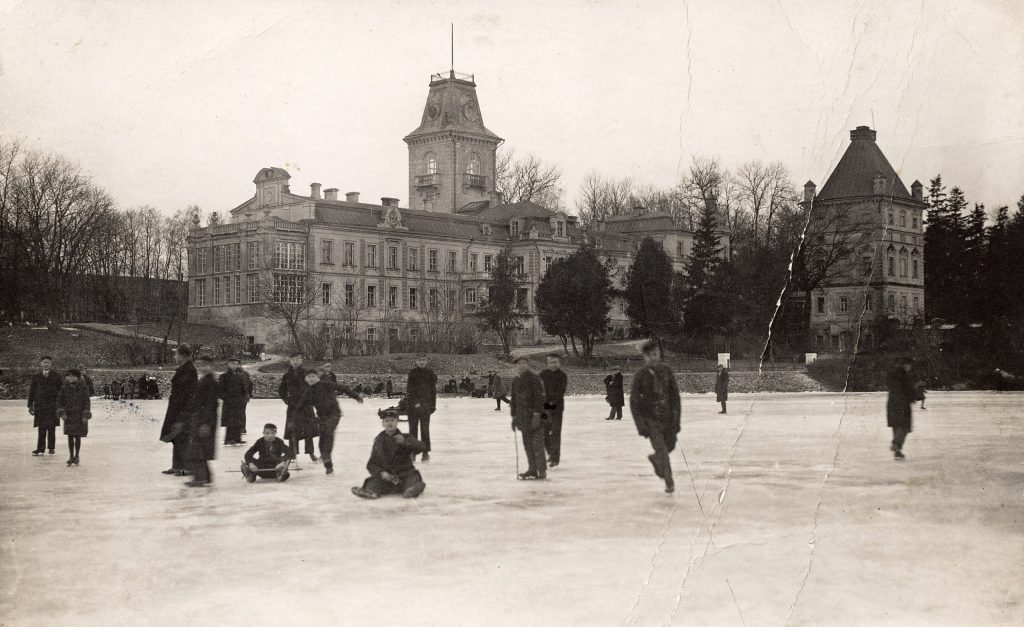 Ice skating on the Dotnuvėlė river weir near the former manor house of Count Totleben, 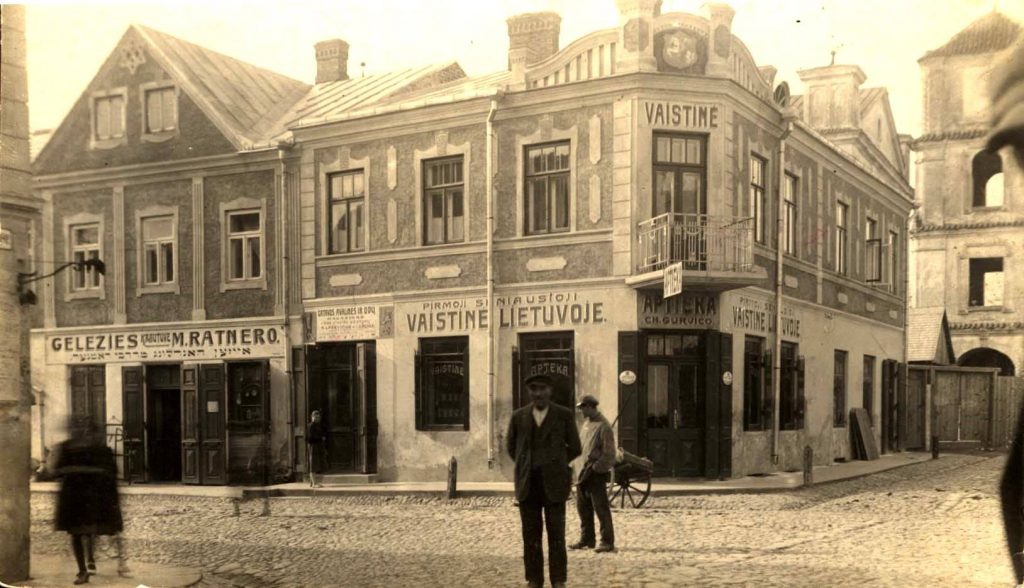 The pharmacy and nearby shops, early 20th century. 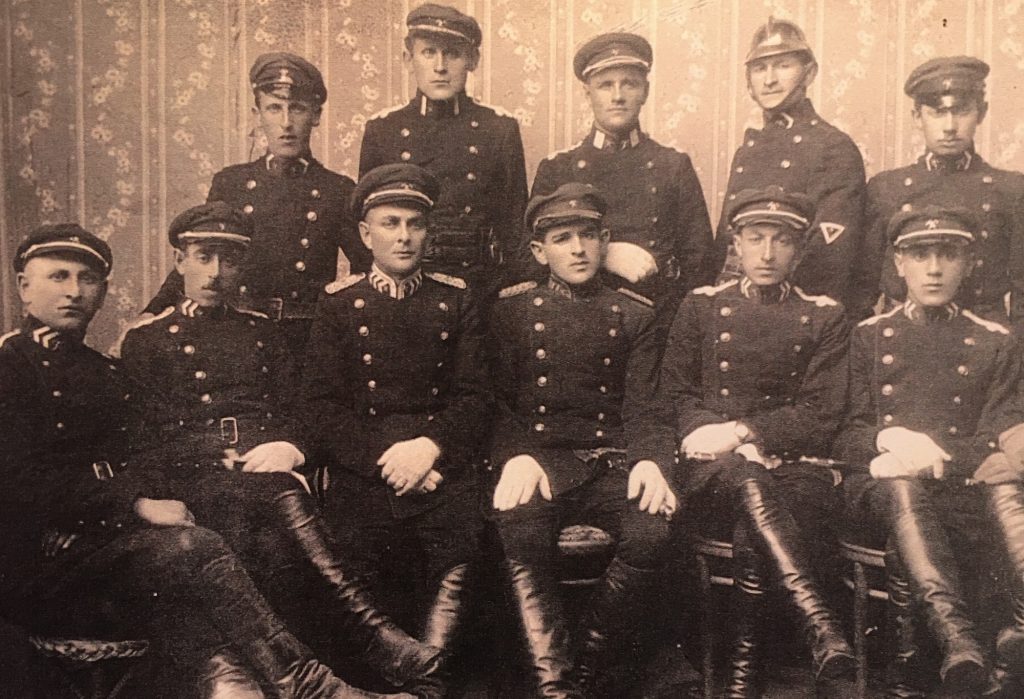 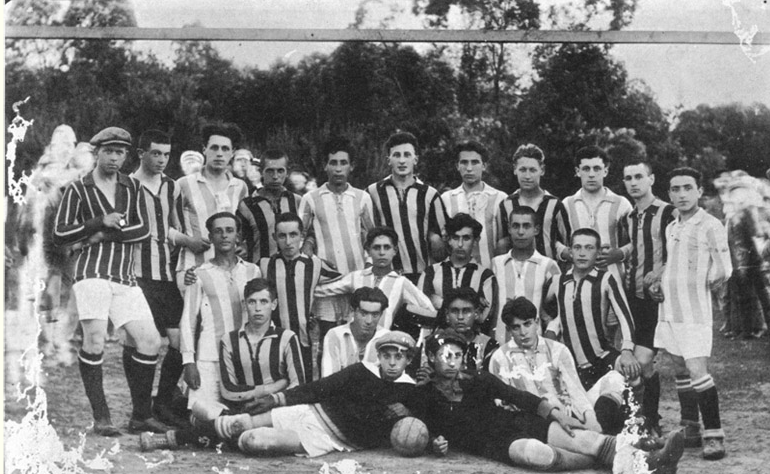 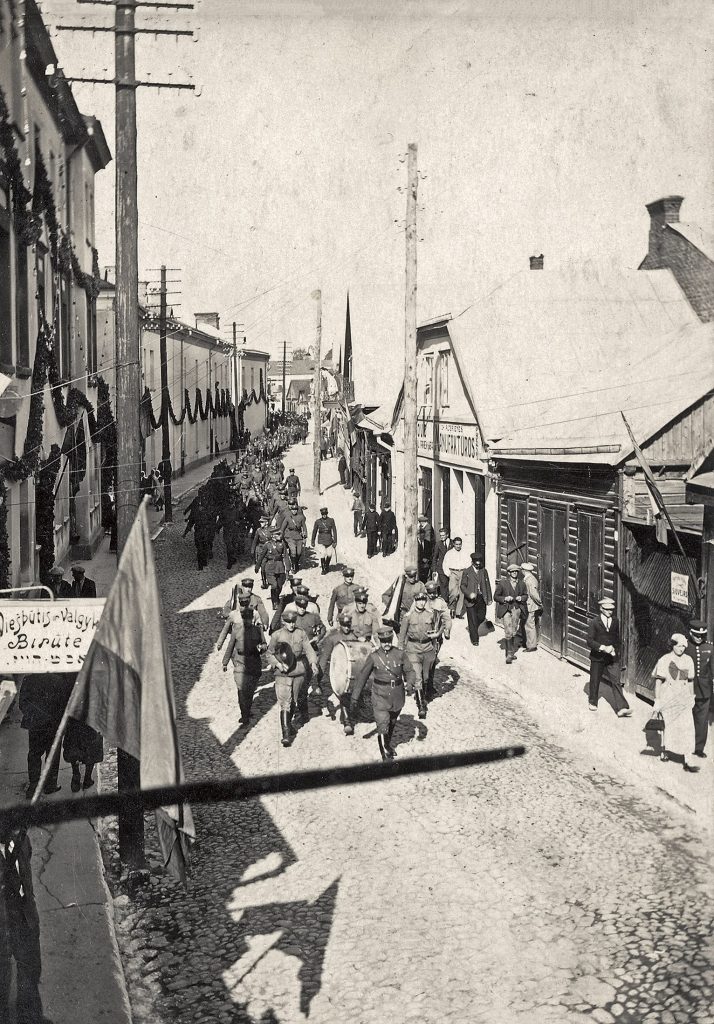 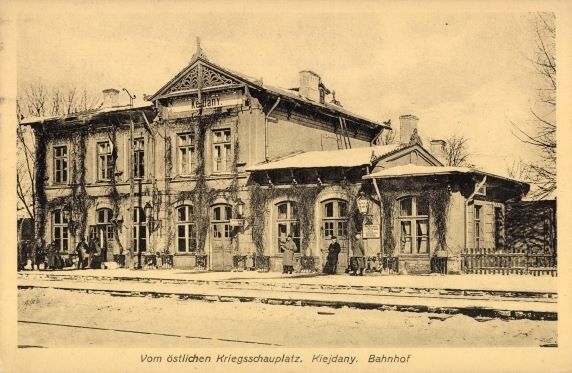 The train station near Keidan, 1914 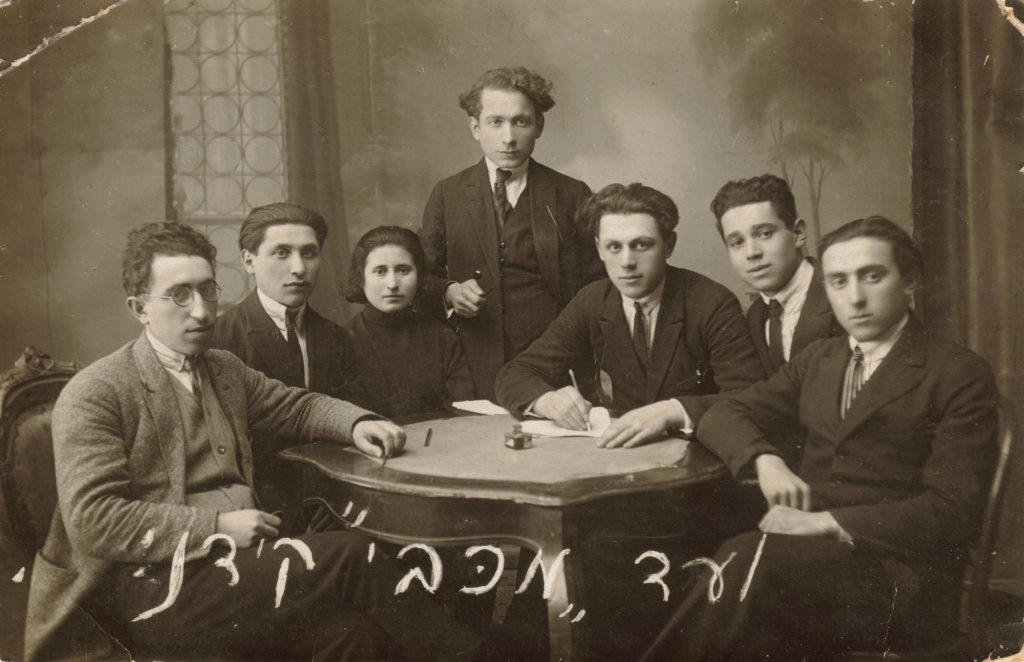 The board of the “Maccabi” sports club in Keidan 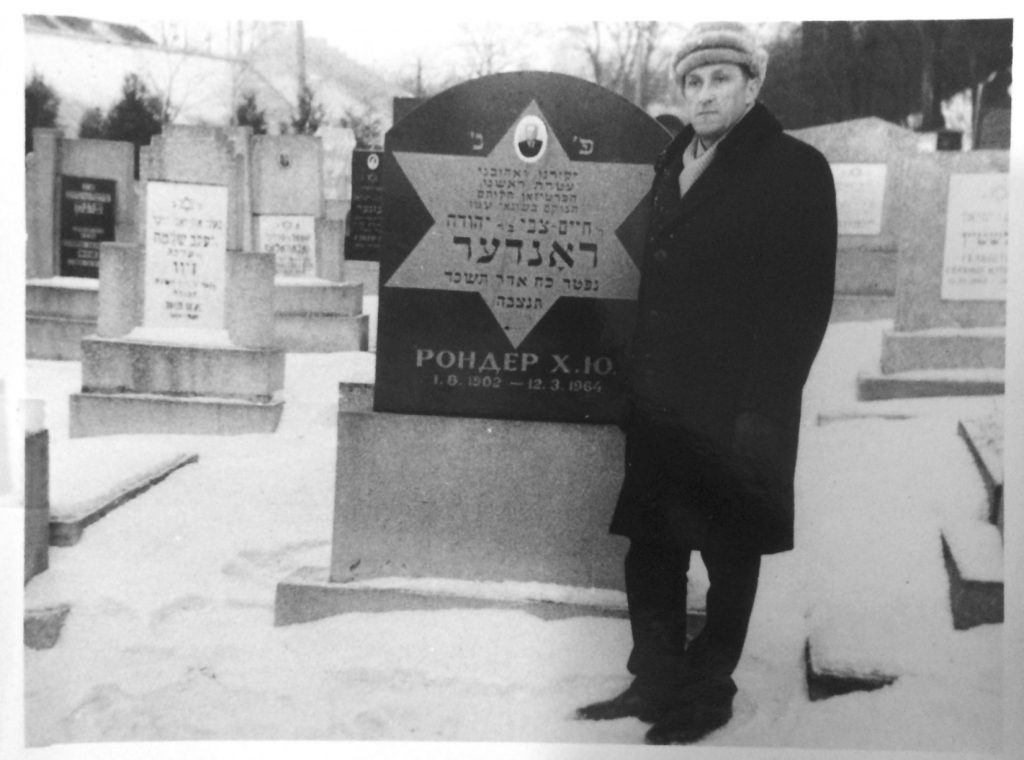 Yehuda Ronder by the grave of his cousin, Chaim Ronder, in Kaunas, Lithuania in the 1960s 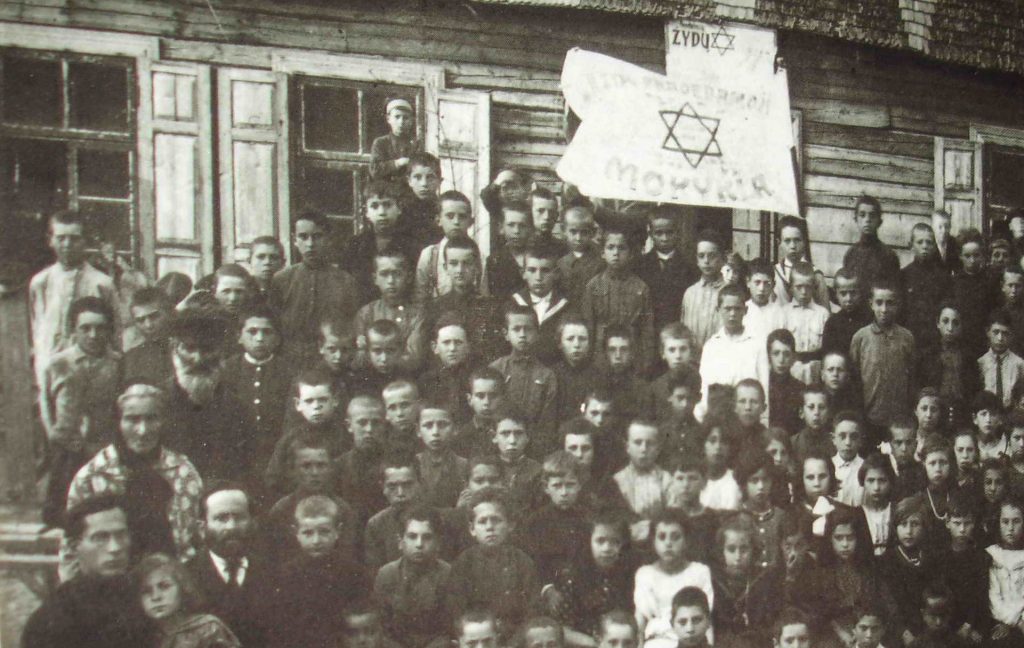 Teachers and students at a Jewish school in Keidan.

A section of the memorial wall by Kedainiai’s mass grave. 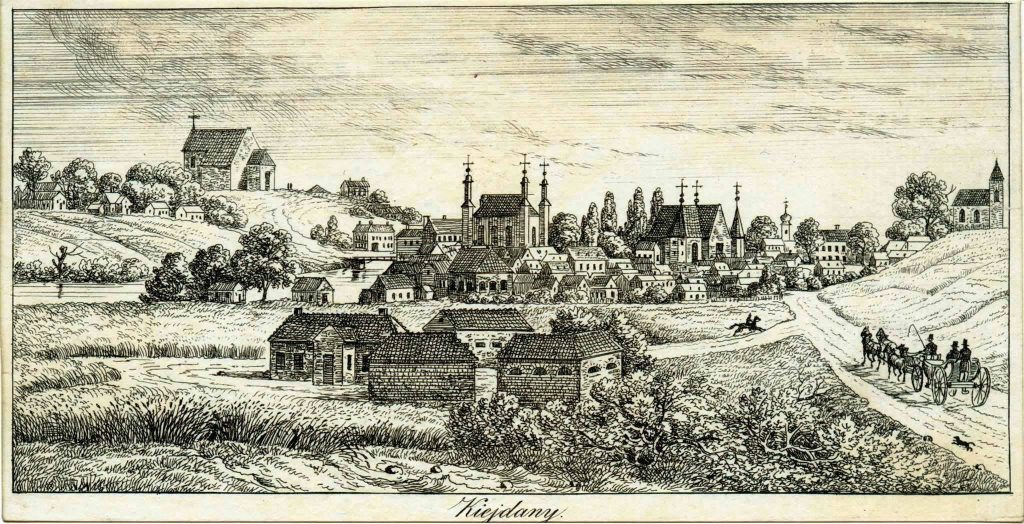 An early 19th-century view of Keidan, showing religious buildings of its different groups. 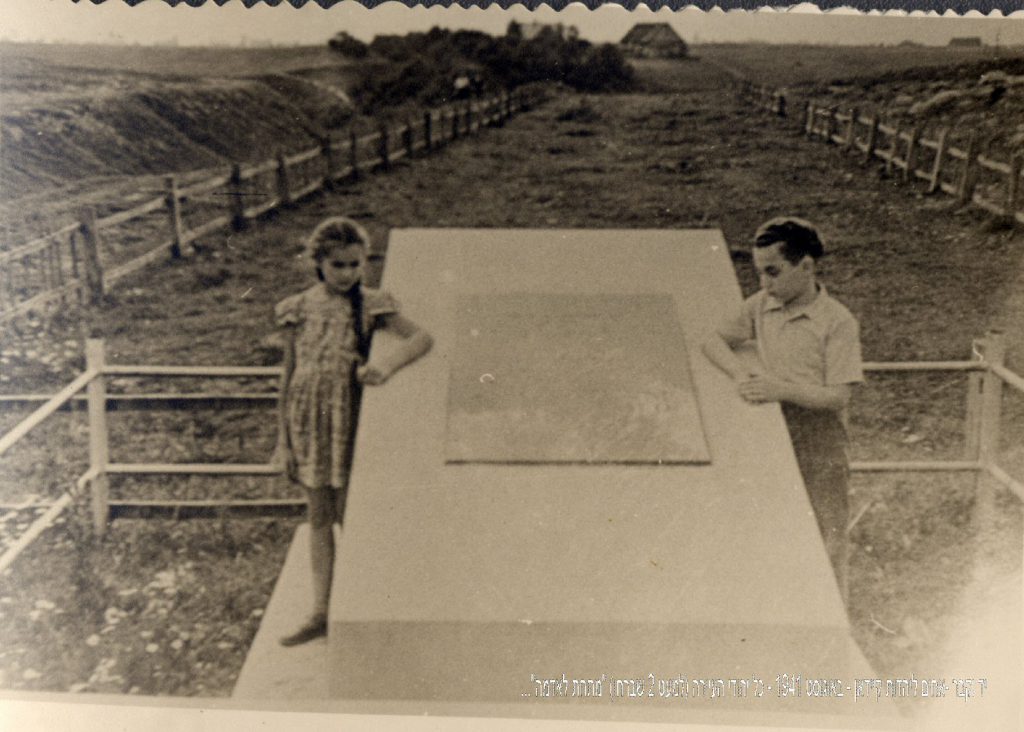 Chldren by the memorial marking the mass grave where some 2,000 Keidan Jews were murdered on Aug. 28, 1941. 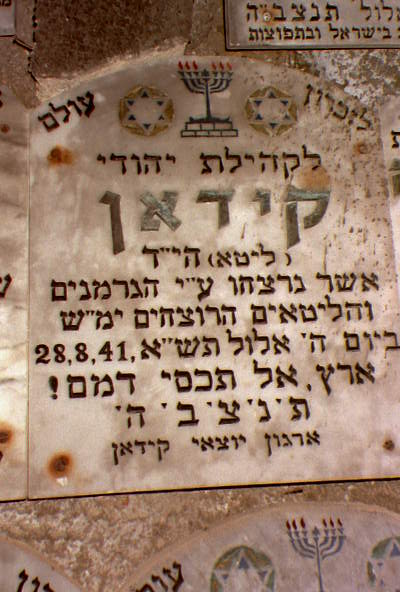 A marker commemorating the vanished Jewish community of Keidan at Yad Vashem, Jerusalem. 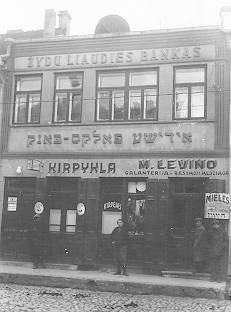 The Jewish People’s Bank (Volksbank) in Keidan in the 1930s. 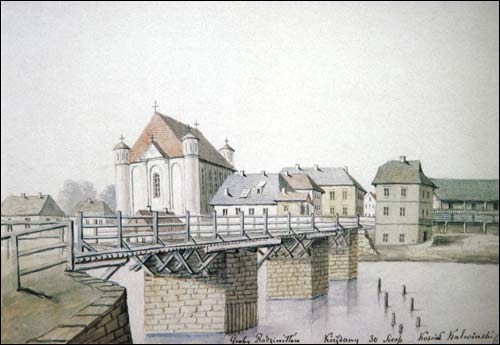 A view of Keidan’s center from across the Neviazhe River. The Calvinist church dominates the market square. 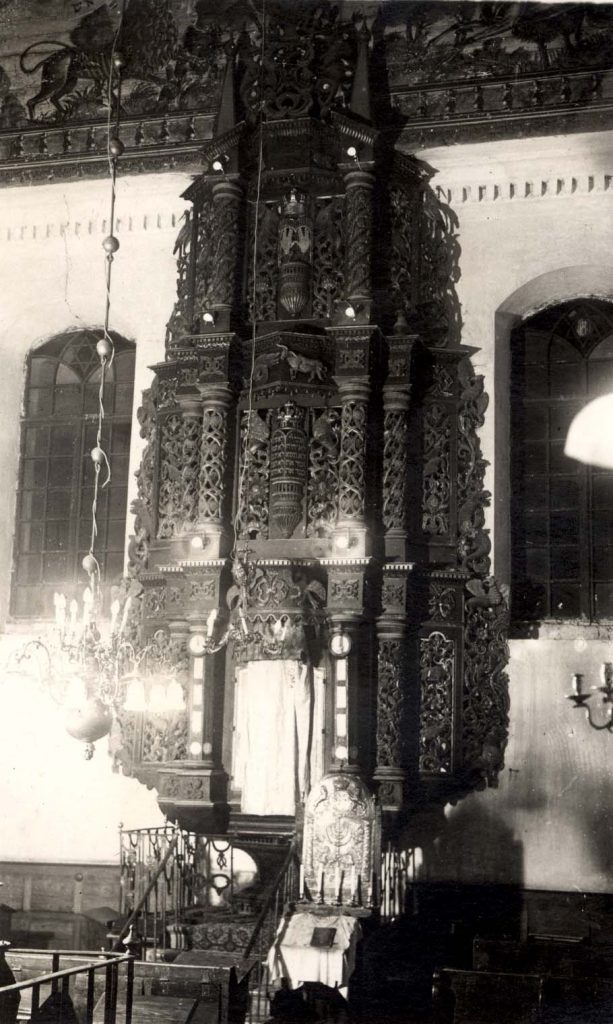 The aron kodesh, or holy ark, in Keidan’s Great Synagogue.

Faculty and students of the Keidan progymnasium. 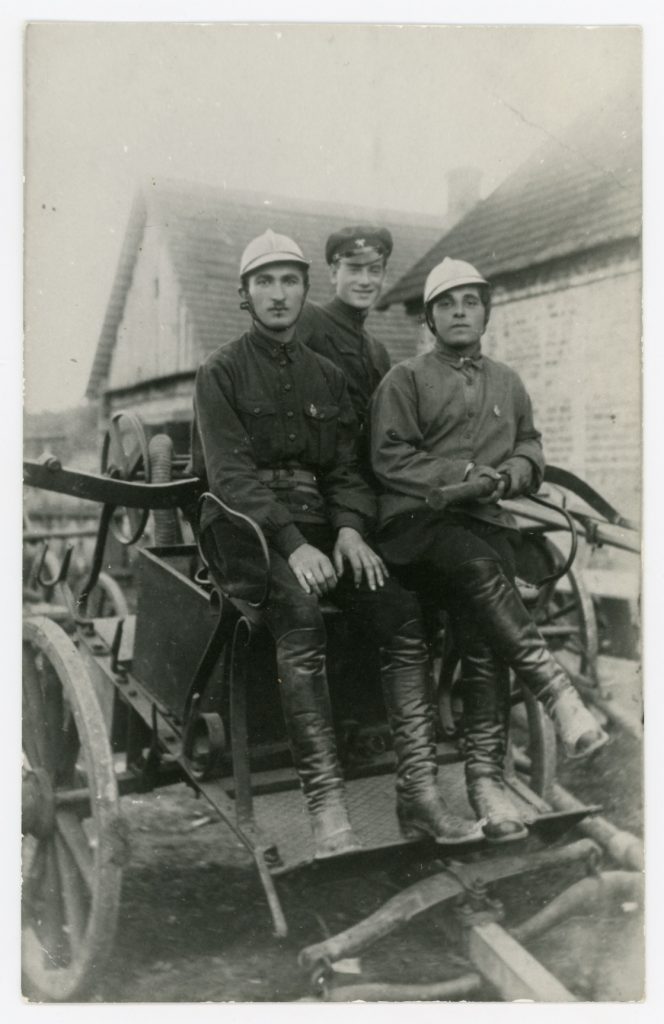 Members of the Keidan fire brigade.