Dear Andrew,
Congratulations on this fascinating project! I just came across this blog today and am finding a lot of interesting information here.

I’m a klezmer musician originally from Riga, now living in Brooklyn. I’m currently writing an article about a collection of Jewish songs by Latvian composer Emilis Melngailis, which was partially collected in Keidan in 1899. It is unclear how many songs from the ones collected in Keidan survived (according to his notes there were originally 120 songs, but most of them were lost sometime during WW1), but it is estimated that at least four songs from Keidan are present in the collection. An extensive research on this collection was published in 2014. My article is supposed to be much shorter and mostly consider the practical aspects of researching and recording this archival material (although how short it will be depends on the amount of information I find…).

Interestingly enough, the comment on the first page of Melngailis’ notebook  says, in Latvian: “Jewish folk melodies, gathered by Emilis Melngailis in the summer of 1899 in the Lithuanian shtetl Keidan. Main assistant was Tsemakh Pick”. One can’t help but wonder, whether this was a relative of Dr. Aharon Pick, or possibly Aharon himself using a different name? I was wondering if you could shed some light on this mystery…

I could, at least up to a point. Over the past few weeks, Ilya himself has shed light on a related mystery that I’ll get to in a moment.

Tsemach Pick was indeed Aharon Pick’s younger brother. Both were friends of Boruch Chaim Cassel, as this photograph (taken around 1904, the year my grandfather left for the U.S.) reveals: That’s B. Cassel on the left, with Tsemach in the center and Aharon at right. 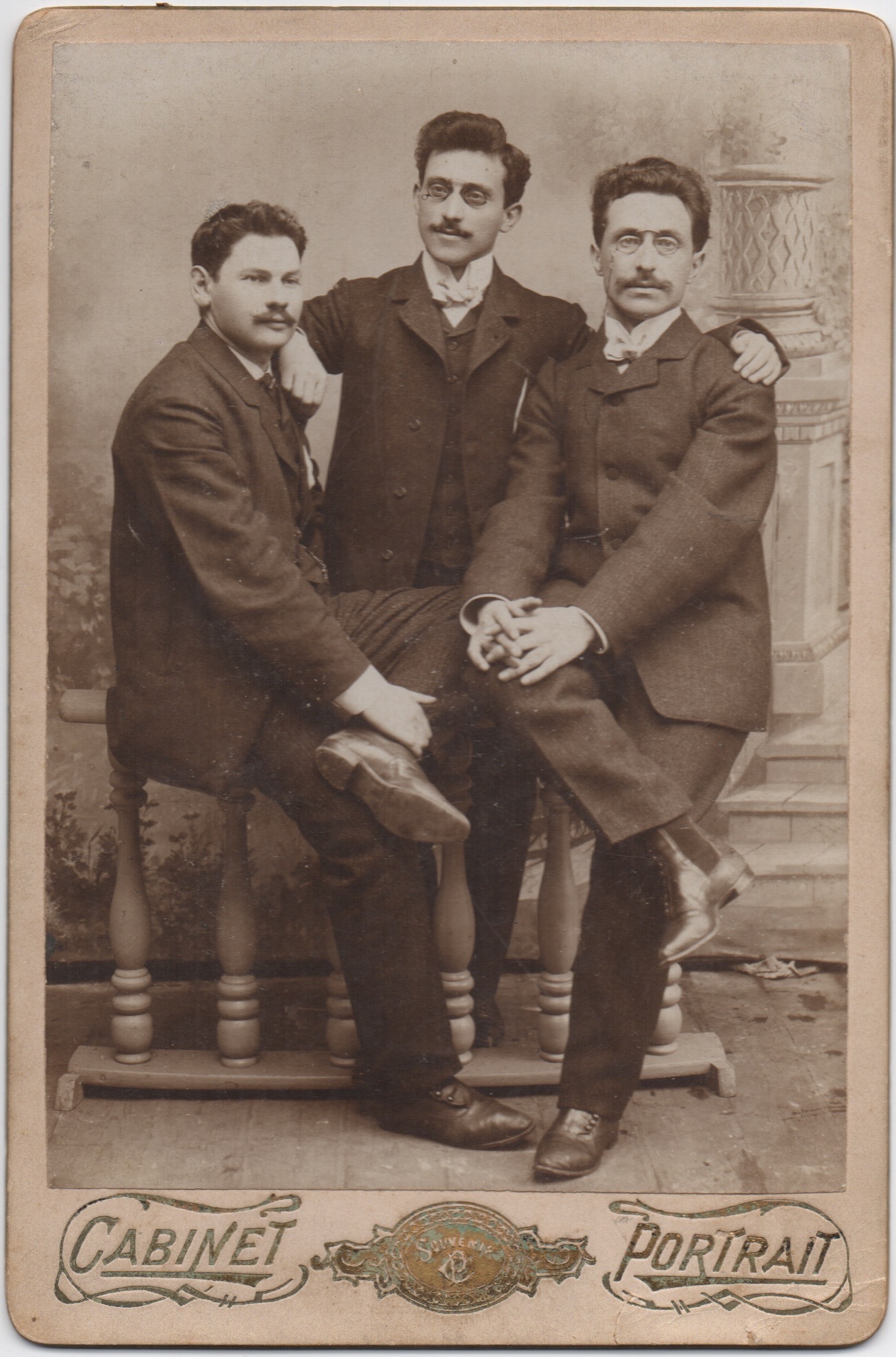 But what really ties the three together isn’t this photograph, but the folk music of Keidan.

As Ilya knew from his research, the first collection of Jewish folk music from the Russian empire was published in 1901 in St. Petersburg. Known to music scholars as the Ginzburg-Marek collection, it includes the lyrics to 376 folksongs, 154 of which were collected around Keidan by B. Cassel and Aharon Pick. (Examples are mentioned here and here.)

Tsemach Pick’s role in this isn’t clear, but it’s obvious that the Pick family had a deep interest in music generally. Their father, David, was known in Keidan as a talented “prayer leader” and Aharon Pick’s memoir describes how even the playing of the Russian army band transported him as a young yeshiva student. And when the non-Jewish Latvian Melngailis found his way to Keidan in 1899, it was Tsemach — whom Melngailis described as a “young man from the Jewish intelligentsia” — who acted as his interpreter and guide to the town’s rich musical culture.

Melngailis went on to have a long career as a composer, conductor and musicologist, specializing in folk traditions of the Baltic region. Aharon Pick moved to Paris and trained as a physician, practicing in southern France during World War I. He then returned to Lithuania, making his career in Šiauliai, where he also became an important community leader. Placed in the ghetto under Nazi occupation in 1941, he wrote an extensive journal and diary, which survived the war, as he, sadly, did not. The Pick diary — written in Hebrew and titled “Notes from the Valley of Slaughter — today is in the possession of the U.S. Holocaust Museum. (An annotated, readable English translation, which I have been working on for the past year, has been submitted to several publishers.)

But what of Tsemach Pick? Until recently, I knew nothing of his life after Keidan. In his journal, Aharon Pick does mention a younger brother, who also trained as a doctor, and by the 1920s was working in the Soviet Union, specializing in occupational medicine. But Aharon doesn’t mention his name, and it wasn’t clear to me that Tsemach was the only male among his six siblings.

Enter Ilya Shneyveys. Able (as I am not) to Google in Russian, Ilya managed to track down several references to the eminent occupational specialist, most notably this passage from a 2007 article published in a Russian medical journal.

Ilya even found a photo, taken in 1926, showing Tsemach Pick at a meeting of the People’s Commissariat for Health. He’s in the back row on the far left. 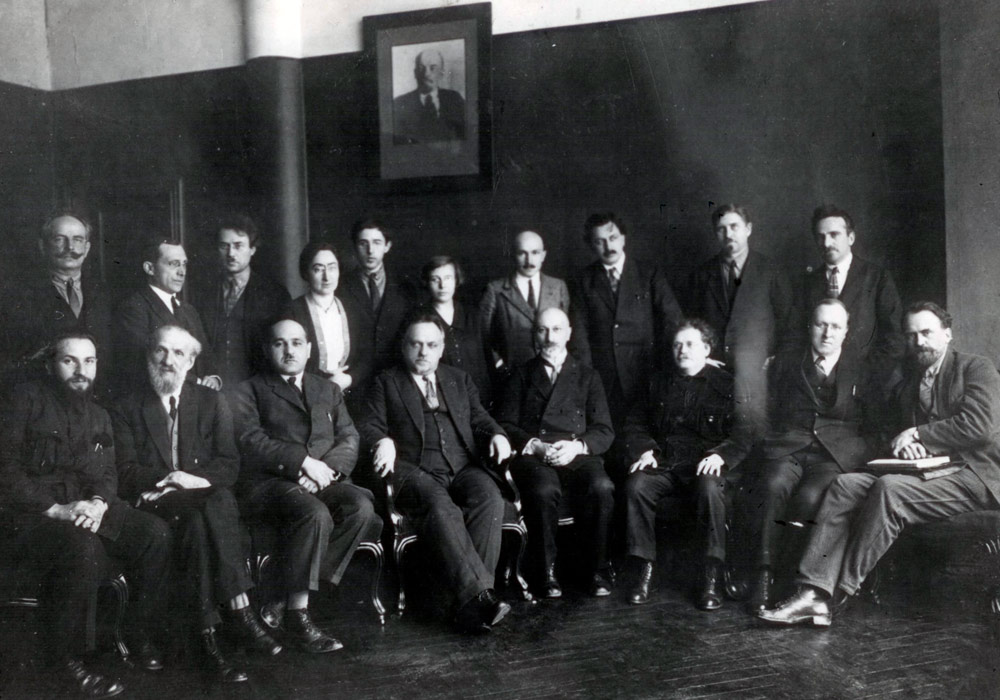 We unfortunately don’t know how or where he passed away: His year of death, 1952, raises questions, because that was the period in which Stalin was paranoiacally persecuting Jewish doctors. We also, as yet, know nothing of his family or descendants.  If any can be found, their stories would undoubtedly be of enormous interest.

1 Response to Searching for Tsemach Pick